A day at GCD + New brickfilm!


Global Community Day is an event held at Temasek Polytechnic, specifically at the Glocal village, on the 6th of November from 4pm – 8pm.  The scope of this event is to present a variety of cultures, mainly Asiatic ones, to the younger generation through various activities, performances, and even cuisine.
Asia being a connected number of nations, share a unique and intriguing story of how the annals of history gave birth to the spread of heritage and tradition. Each aspect has a meaning that in itself, is hard to describe with just a simple look without explanation and with that, many of our youths today are unaware of such uniqueness that stood around them.
There are many activities that I attended but I wish I could have done more and not be restricted to as all these activities are simply great to participate in. I feel that all these activities that are presented to us are in a class by itself in which we cannot find it anywhere in the world but Southeast Asia. I have participated before, myself, in these activities but that was a long time ago, back in primary school, and revisiting them again on that very day opened me to things I didn’t know about the activities. Hence, there is always something new that we can learn from this. We may think that we try it before we have the knowledge but when we come do it again, we gain new insight to these cultural activities. From this, I would be sharing two unique experiences that had an impact on me the most. Firstly, would be batik painting.

As a Malay, I am still oblivious to batik panting and that is really a shame but I do have some knowledge about it. When I first took part in the activitiy (In primary school), the way they taught us was to use the wax to outline the design and then we would be painting on it. In this activity, we did something similar but with an unexpected twist. Another method of doing batik painting is to use a lot of wax (or a little depend on you), outline the design (or the exterior) and then dip the entire canvas in a natural indigo substance for five minutes, allowing the canvas to be soaked up by the dye and then drying it. Known as cracking, I have never seen one do this before in batik and I find the end product to be amazing.

Well my design is not really the best but I did try! Secondly, I would be talking about Wedding silat or Silat Pengantin which is seen in Malay weddings but there has been a decline over the years. Throughout my time, visiting weddings, I rarely come across such performance anymore but this can be attribute to various reasons like budget or even the unneccesity perception that today’s generation hold on to. 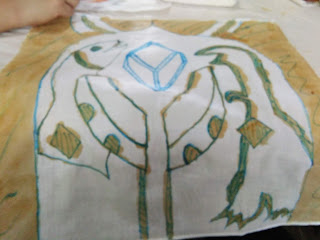 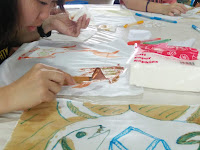 I could relate to Silat due to my involvement in martial arts and it is good to see it being performed again. They even had a sugarcane breaking demonstration in which I tried but failed. 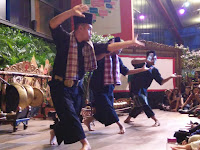 In history, we see trading and the act of interracial marriages that gives the area its uniqueness that tells many voices of how the prior heritage still leaves a mark on the next one. I find that what affects the formation of such would be mainly hierarchical diffusion because it often spreads from one place to another. Each era and people inspired the next one, taking influence and presenting the people with the culture that we know today.

Recently, I have been working on a new Brickfilm. Well, this is my entry for MLA 100 subscriber contest. Originally, I was planning to have it longer like adding an end siege scene and a British Cavalry charge but got to cut short due to lack of timing. I already asked for an extension of the deadline. This is based on the old Colonial adventure films like Zulu, North West Frontier, and The four feathers. I do have some ideas for my next Brickfilm. Maybe another historical brickfilm adventure. Subscribe to keep in touch!