1. Of those in the Background world 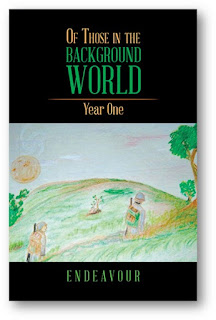 A blend of historical fiction, science fiction, and alternate history.

Set amidst the whisper of war that is sweeping the world and in an altered past, Of Those in the Background World is the tale of two families: one of a Swiss family and the other of German nobility as they intertwine together with the course of history that is redefined from what the path of fates have originally place for them.
The story tells from the point of view of the governess of the Swiss family that has been taking care of the children for some time. She tells of Matteo, a boy that was conscripted into the Swiss army before the occurrence of the Second World War and through this training and experience, he was somehow experiencing a change in time that would change what was supposed to be the path he took and this affected the whole world as well like seeing the war ending later than 1945. Matteo is not the only one that sees such changes. Pacifist Berthold of the German family see that the world was forming to something that is beyond explanation. He was able to see this when he took up a role in the Wehrmacht in which we were able to have his fair share of the horrors of war and the grief of humanity in many episodes. The novel also looks upon how their parents used the time changing continuum to elevate their status to one of power and with power, comes greed, which they used to influence the events and everything around them.